A beautiful collision of divergent music styles resulting in music you can connect with. Jay grew up in a family deeply rooted in traditional folk music whilst Sadie has been a singer of jazz, blues, soul, world & roots music. Sadie & Jay play beautiful songs sung with earthy and soaring harmonies accompanied by intricate finger style playing. Their repertoire of originals and eclectic covers include moving ballads, humorous ditties & high paced musical romps.

A hopeful girl raised on country, now an optimistic, youthful lady living a soulful, pop-inspired musical lifestyle. Her sound brings pleasure to those who get a little excited over the clear tone of Jewel and the soulful sexiness of Corrine Bailey Rae, floating over a diverse range of genres delivered with a passionate performance; from youthful, pop, singer-songwriter to more recently incorporating a touch of roots and folk-ish grooves, melodically soulful hooks and conscious lyrics.

This month the Creative HeARTS space will be a buzz with activity. Creative kids will be making Garden angels and decorative home style wrapping paper while big kids can come and learn how to use Bangalow Palm fronds to create Xmas hamper baskets.We will also have an young indigenous artist in residence sharing his skills and talent on site.Hope to see you all there.Workshops vary between $5 – $25 dollars.

Bill uses foot percussion, lap slide and open tuned guitars, and a combination of finger picking and bassline driven rhythm that snakes and rattles around songs both evocative and passionate. The result is a repertoire of engaging and exciting material that runs the gamut from folk to funk, from hillbilly to hip hop and beyond.

There will be a variety of activities happening in the  Creative HeARTS Space this month. Kim and Deb will facilitate a doll crafting circle using natural fibres andbeautiful African fabrics. The proceeds of which will go to support a family of 13 children in Africa who have lost their parents.

There will also be crystal wrapping with Jackie. Drop in for a chat and some creative fun

In loving memory of Meri Humphries 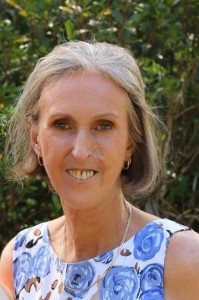 Meri’s family would like to invite her friends to come together to celebrate her life.

Meri’s service will be held at:

Followed by a gathering to celebrate her life at The Channon Hall.

We have received the sad news that our long term friend, stallholder and past member of the committee Navhal Pols has passed over. Navhal was a kind and aware individual who lived his life to the fullest. He contributed greatly to the market over the past 2 decades and his presence will be missed. Peace to you Navhal. His kind words follow: END_OF_DOCUMENT_TOKEN_TO_BE_REPLACED

Lez Karski has been the unique soul/blues guitar and vocal style of The Foreday Riders, Hippos, Bondi Cigars, Donkeys, and Nervous Investors. He’s also the preferred sideman for visiting US Blues artists. The late great Johnny Johnson, Chris Cain, Kenny ‘Blues Boss’ Wayne, Diunna Greenleaf, Barbara Blue and Kyla Brox have all chosen Lez as guitar man for their Oz tours. A regular at the Bridgetown and Narooma Blues festivals, Lez played at the Byron Bay Festival with the Bondi Cigars and later with Johnny Johnson. He also represented Australia at Poland’s ‘Thanks Jimi’ guitar festival while touring Europe with ‘the

Nervous Investors’. ‘Dog Holiday’ screened on ABC TV’s ‘Live at the Basement’ featured Lez’s songs performed with former Sydney band mates. Lez has just relocated from W.A. where he was a founding member of the Albany Blues Club and their house band, ‘Mooseknuckle’. Now based in the Northern Rivers, he performs with his own ‘Lez Karski Band’. THE LEZ KARSKI BAND The name may not be familiar to all reading this, but I am sure you have heard of the bands he has created, the Hippos, the

Bondi Cigars and more recently the Nervous Investors in WA.

11th Of May Mothers Day Market

Weaving Connections Invites Mother’s and those who cherish them:To join me in the Creative Heart Space, ( near the Chai tent) to partake in the creative process of transforming Bangalow palm inflorescence, into an enchanted crown or random woven basket to honour the goddess within.When: 11 am – 2pmIf you wish you can bring your ownShells and bells,Seeds and beads,Feathers and treasures to make your piece uniquely you!Cost: $15 – $25 donations for materials